It took her fourteen years to get back to a city. It wasn’t a big city, but hey, it had a bus. Refreshing Google Maps every minute, she prays that all her transfers connect. And there’s no street car to hop on at any hour, just light rail tracks that look abandoned, even though they’ve never used. The city debuts fare cards, but auto-reload fails, and online manual reload fails, and the lineup for the reloading machine downtown is over two hours long, and paper tickets have been phased out of sale, and so she stands outside a Shoppers Drug Mart eating a pear bought with a five dollar bill, holding $3.25 in change and feeling just a little less than cosmopolitan. But the bus does come.

No, it isn’t a big city. There is just one peer-support group for trans and non-binary people going through gender transition. Just this one, but there is this one. One more than in the farmlands surrounding Birr, where her family moved when she was four. You don’t choose much at that age. Now she’s here, and so is the group, and so is the bus. It’s about two hours each way; she embarks at 4pm for the 6pm Monday meeting.

The bus is a little gallery, two rows of portraits facing each other. She looks for an open seat, glancing down at faces. They glance back. In future weeks, when she walks down that aisle with a handbag, or in a skirt, or with makeup on, would they stare, would they glare? In confusion, in repulsion, in hate? They’ll probably just look at their phones. Soon she joins them. Reading books, chatting with friends, listening to music. Feeling like herself.

Sure, she’s tempted by cars. There’s statistics about car crash fatalities and carbon emissions, but there’s also three hours a week to reclaim. There’s hypocritical guilt every time a friend offers a ride, and the ache in her legs from late night walks. Last January, deep in a flurry, her phone died halfway to a party. As snow piled an inch thick on her coat, waiting for her transfer, she wandered about, trying to find some convenience store that might sell a charger, thinking about cars.

Thinking about how, if she had a car, she could drive ten minutes home to grab her charger, easy. But no, wait, if she had a car, it would have a charger there, right? She could just sit and charge in peace. Hold on - if she had a car, she could just... drive to the party! She would be there now! It was nearly incomprehensible, the true power of the car. In the cold winds she cursed herself, cursed her overlarge, clumsy flesh vehicle. How could she ever command an even larger vehicle, one made of steel? Turning down a side street, she found shelter beside a townhouse. The cold wind stopped and the snow slowed, only a bit curious about gravity. In the golden spotlights of streetlamps, the big fluttering flakes looked almost warm, and in her heart a little warmth glowed too. She had brought herself there.

At Gender Journeys there is another six foot tall transwoman. She wears black skirts and paints her nails a metallic blue. When I see this woman, I feel hope. On the way home, around 9pm, transferring at a mall, I board a bus with a kid, couldn’t be more than 13, wearing a baseball cap that says “Fashion Has No Gender”. When I see this hat, I feel hope. It is a long long road and it is sometimes cold, but it is a road of hope. It is three buses and two hours there and back but I can get there. I can get out there myself. 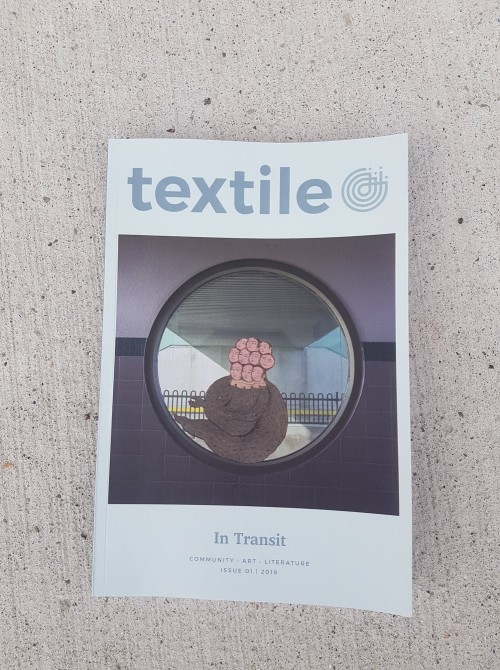