It is a dewy morning in 1937, Sukena makes her way from the servant quarters to the main grounds of the palatial residence. The drifting clouds slice through the soft yellow rays reflecting off of the magnificent yellow limestone structure that Memsahab [1] Anne calls her humble abode. Her husband, Lancelot Graham had been made Governor of the province of Sindh in British-ruled India, a little under a year ago. As Sukena’s brother readies the horses in the stables for the Governor’s morning ride, she runs past him, hurrying indoors to supervise the domestic staff as they prepare breakfast. Keeping Victorian traditions alive in the land oceans away from Great Britain, the Englishmen and women do not start their day without a hefty morning meal. Today’s selection made by Sukena includes an array of Anglo-Indian concoctions and since this is Karachi, the city by the sea, the menu includes a lot of fish.

Outside Memsahab’s room the punkah-wallah [2] shift is ending, and the next manual fan-operator is taking his place. The pulley attached to the ceiling flap-fan makes a swift exchange of hands. Sukena stands outside the door, tidying her hair quickly and bending low to rotate the door knob that is at knee level. A clever design to ensure a bow-down by whoever enters the room. There is still half an hour till Memsahab Anne has to be awakened; Sukena opens her almirah to take out the long white summer gown with red painted daisies. And to match... the red shoes, of course. As she takes these into the dressing room, Sukena glances over her shoulder to ensure the muffled snores can still be heard. She takes off her kohlapuri [3] chappals to slip her small brown feet into the glistening red square heels. She marvels at her reflection: tall, regal, moneyed.

The early morning service from the Holy Trinity Cathedral wisps into the room as do the spiritual longings and chatter of the myna bird. Memsahab slowly begins to awaken.

Anne Graham has ruby-coloured rouge on her lips that she softly wipes with her handkerchief after finishing breakfast. The turbaned servant clears the table as she expresses a desire to have an oil head massage before her Sunday bath. “I was planning on getting the almond oil pressed and delivered before waking you up today, but I ran late, Memsahab. I shall just go and get it for you from the Empress Market; you enjoy the morning newspaper.” Sukena hurries out of the dining room, “I will be back before you finish the front page!” she chirps. As Sukena prepares the horse carriage with the help of her brother, Memsahab Anne approaches the stables, accompanied by a male servant holding an umbrella over her head; she has in one hand a small embroidered purse and in the other the newspaper. “I want to come along... for some fresh air,” she says.

The coachman takes the reins as the two women get seated in the carriage covered with a folding top. The horse saunters towards the market.

Memsahab Anne folds the newspaper and places it in her lap, befuddled as to why the news of the abdication of the British throne was still rife, “It has been three months, does the press have nothing else to report on?” Without missing a beat Sukena remarks, “Absolutely horrid.” During her time at the Governor’s House, these past few weeks, she had picked up on the need to express disdain whenever the terms ‘abdication’, ‘King Edward’ and ‘Mrs Simpson’ were mentioned—she observed and she complied. “Horrid?! I think the press should just let them be. Shall I let you in on a secret?” Memsahab asks as Sukena’s eyes widen with interest, “I think what the King did was incredible— what are all the world’s riches worth if you don’t have love? Wouldn’t you agree?” The Englishwoman smiles at her lady servant as the carriage comes to a halt at the magnificent Empress Market. With a raise of the eyebrows, a slant of the eyes, and a smirk on the lips, Memsahab points to the first shop by the entrance of the limestone archway; Sukena blushes as she hops off of the carriage.

The shop in question is helmed by Kabeer, a handsome young man, dressed in white kurta pajama. He sells kohlapuri slippers. As the two women walk towards that stall, Kabeer gazes dreamily towards Sukena, but lowers his gaze as soon as she looks up to meet his eyes. He makes Sukena look forward to her errands, and she makes his ordinary work days worthy of poetry. “Come Memsahab these shoes will look beautiful on you,” he ushers the ladies in. Memsahab Anne always enjoys his sweet demeanor and endearing style of reading poetic verses. Two leather slippers are bought, packed and handed to Sukena to place in her jute basket. “You are my first customers today so here is one rose for you Ma’am and...one rose for you.” Sukena extends her hand to receive the flower from him, their fingers touch briefly. “Memsahab, almond oil, we have to get oil, let’s go get that,” she nervously smiles before scuttling away.

The almond oil is bought and with the day’s purchases in the jute bag the two women exit the Empress Market. While the coachman helps Memsahab into the carriage, Sukena runs to the southern corner of the building and places the rose she received from Kabeer on a small pile of flowers, petals and incense sticks. Memsahab, watching her from afar, inquires about it once Sukena returns. After some probing, Sukena says, “The flowers are for the martyrs, a way to tell them they are not forgotten, that they are still mourned.”

As the horse carriage moves forward, the grand limestone structure and the magnificent clock tower of the Empress Market, built on the ashes of a mutiny, fade into the background—Mutiny of 1857 according to the British, The War of Independence according to the Indians.

Sukena’s mind drifts into the abyss of memories, her grandmother’s voice reverberating through her mind. She would often speak about the year 1857, the year when Indian princely states and native soldiers from the British army rebelled against the gora sahab’s [4] oppressive policies. The uprising across various parts of the Subcontinent was an unsuccessful one, and the agitators were duly punished. In Karachi, those who were not hanged or sent via the port to the Kala Pani [5] prison were tied to the mouths of cannons and blown to smithereens on a large flat tract of land in the city centre. It was a message to anybody who dared risk mutiny. Sukena’s grandmother often recalled that in the subsequent weeks the massacre ground would be strewn with rose petals by the locals—the scarlet of the petals signifying the blood of the freedom fighters. Fearing the space would become a permanent memorial to the martyrs, the British decided to build a monument on the site dedicated to Queen Victoria, Empress of India. And so, in 1858, the Empress Market was built on the ground hallowed by the blood of martyrs. The same grounds now inundated by vendors and buyers; a history rewritten, a history forgotten.

Sukena’s great-grandfather was amongst those massacred on this site. Her grandmother referred to that day as when smoke rose from the ground in anger; the day the air above the bloodied earth felt dense — to their family, it still does.

Perhaps this enslavement is in their blood, tied to their fate. Will any generation get freedom from the colonial masters? Sukena thinks to herself, all the while helping cool Memsahab with a hand fan as they ride back to the Governor’s House.

The initial part of this story was penned as a theatrical piece during the Pat The Dog women’s room sessions. It has been extended and adapted for Textile. 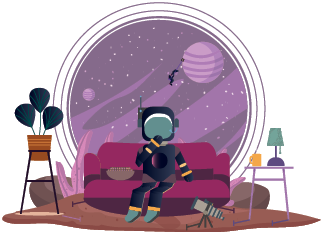